Some arguments are not worth having 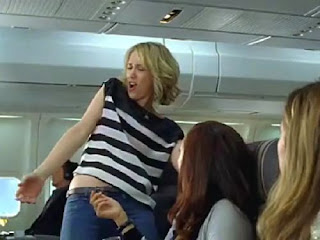 "Women in the comedy world have long been smeared as, in the words of the late comedian John Belushi, "just fundamentally not funny." And if you believe his Saturday Night Live colleagues like Jane Curtin, Belushi made a commitment to sabotaging his women colleagues in an effort to prove himself prophetic. So while the characters in particular might not be particularly feminist, the film is a step forward in the sense that it proves a lingering stereotype utterly false." — Adam Serwer on Bridesmaids

Well, that's a relief. To know that what I was doing while watching Meg Ryan, or Julia Roberts, or Sandra bullock, or Lucille Ball, or Shirley McLaine, or Barbara Streisand, or Katherine Hepburn, or Rosalind Russell, or Irene Dunne, or Claudette Colbert was in fact laughter, rather than some strange, recurring yet strangely forgettable muscular spasm induced by too many hours spent in the darkness of the movie theatre. I mean c'mon. Some arguments are so dumb they cretinize even the attempt to rebut them. Bridesmaids is t'riffic by the way — half an hour too long like all of Judd Apatow's productions, but every scene lifted and spun like a top by Kristen Wiig's rangy, loose-limbed spaz-outs. A solid 'B.'