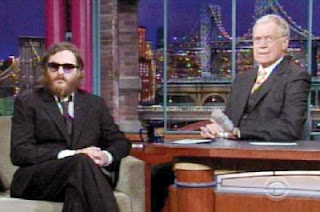 A bizarre debate has erupted over whether Joaquin Phoenix's display of truculence on the David Letterman Show was a 'hoax' or not:

Last month Entertainment Weekly quoted a friend of the actor who confirmed that Phoenix was playing a joke at the public's expense, claiming he told him 'It's a put-on. I'm going to pretend to have a meltdown and change careers, and Casey is going to film it.' Journalist Devin Faraci, who recently attended the press junket for Phoenix's new movie Two Lovers, says having witnessed the actor's behaviour first hand — he is convinced that it isn't all a prank.