Time to let Holder off the leash 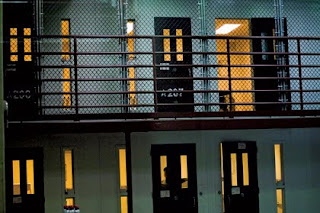 It looks like the shit is about to hit the fan again with regard to the torture of detainees. The Pentagon has just reversed its policy and is giving the names of detainees to the Red Cross and on Monday, that long-delayed internal report about detainee abuse is going to be made public. A preview:

According to two sources—one who has read a draft of the paper and one who was briefed on it—the report describes how one detainee, suspected USS Cole bomber Abd al-Rahim al-Nashiri, was threatened with a gun and a power drill during the course of CIA interrogation. According to the sources, who like others quoted in this article asked not to be named while discussing sensitive information, Nashiri's interrogators brandished the gun in an effort to convince him that he was going to be shot. Interrogators also turned on a power drill and held it near him. "The purpose was to scare him into giving [information] up," said one of the sources. A federal law banning the use of torture expressly forbids threatening a detainee with "imminent death." The report also says, according to the sources, that a mock execution was staged in a room next to a detainee, during which a gunshot was fired in an effort to make the suspect believe that another prisoner had been killed. The inspector general's report alludes to more than one mock execution.

I've been trying for a while to determine Obama's policy with regards to possible prosecutions. My sense of his predicament is as follows: he can either do what is in the long term interests of the country, and let the law take its course, or he can do what is best for his administration, and try to avoid accusations of a partisan witch-hunt. My sense is that he is trying to smudge it — allowing investigation of abuses only at the bottom of the food-chain — though I have tried to reserve judgment. He may be playing a long game, i.e. he knows that this will all come out in the end, but is waiting until public opinion compells him to act. Weighing up the relative merits of a full-functioning Obama administration versus the pay-off of seeing justice done with regard to the detainees, I, too, have wavered: wouldn't it be in the nation's best interest to have Obama operating at full steam on issues like healthcare, the environment, gays in the military etc, rather than see justice done for a handful of detainees, most of whom don't wish me at well? Seeing the way the Republicans have reacted to Obama's healthcare proposals, however, I am beginning to lose faith with this idea of maintaining peace at all costs; bipartisanship only works if both parties do it. Which makes me a little more bullish about the detainees.