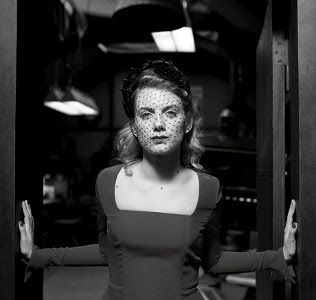 Since Tarantino is very much a filmmaker of bits — good bits, bad bits, cool bits, indifferent bits — I've decided to chop up Inglorious Basterds into its constituent parts. Beware: spoilers ahead.

Some things I liked about the film:—
1. The scar on Brad Pitt's neck. Intriguing.
2. The entire first scene, including the cows.
3. Christoph Waltz's performance, until the point where he decides to throw in the towel.
4. Melanie Laurent. The red dress. The lipstick. Everything.
5. The shot of the strudel. Funny, for reasons I can't put my finger on.
6. The baseball bat to the head. Shocking.
7. The dialogue in French and German.
8. The freeze frames.
9. The use of David Bowie's Putting Out Fires. Cool.
10. Brad Pitt's line about how much he doesn't like fighting in basements.

Some things I didn't like about the film:—
1. The rest of Brad Pitt's performance.
2. The speeches giving us a potted history of German cinema.
3. The misspelt (borrowed) title. Never fails to irritate.
4. Eli Roth, but particularly the shot of him mowing down unarmed Germans.
5. Christopher Waltz' performance after the point when, just seconds away from total crushing victory over his enemies, he decides to jack in this whole Nazi thing and join the allies. Somebody explain to me why.
6. The plot. I thought Tarantino was going to make a "ten men died getting us this information" kind of a movie, in which the Basterds attempt to ascend the Matterhorn of impossible missions: taking out Hitler. Instead Hitler just walks into a trap that wasn't even set for him. Huh.
7. The dialogue in English. First draft stuff. I loved Tarantino's riffs on the differences between a Royale with Cheese and a Big Mac. Riffs on the differences between rats and squirrels didn't do it for me.
8. The fact that torture always ellicited accurate information.
9. We only get to know two of the basterds.
10. The guy two rows in front of me laughing at every damn thing.