Does this mean what I think it means? 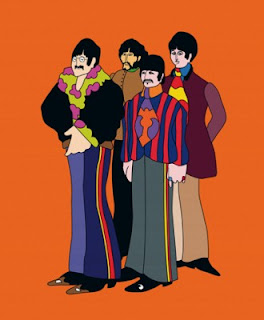 "To turn classic Beatles songs into the stages of a video game, each song needed to be separated into its several components, so that if the person playing the guitar misses a note, the guitar sound can drop out while the music made by the other instruments is unaffected... Apple’s preoccupation with security meant that the high-quality audio “stems” he created never left Abbey Road. If the separated parts leaked out, every amateur D.J. would start lacing mixes with unauthorized Beatles samples. Instead, Martin created low-fidelity copies imprinted with static for the Harmonix team to take back to the States — in their carry-on luggage. They were just good enough to work with until the game coding could be brought back to Abbey Road and attached to the actual songs."

Does this mean that if every player but one stops playing the game, only one "stem" will be heard? In other words: it will be possible to isolate George Harrison's guitar riff at the beginning of Here Comes the Sun? The harpsichord in Lucy in the Sky with Diamonds? The string section in Eleanor Rigby? Presumably those won't be imprinted with security static.