A boomerang, comin' back at ya 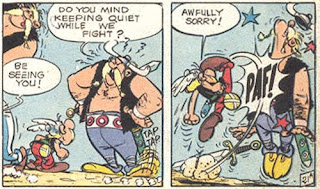 Drudge links to this Telegraph story about the NHS cutting back on painkiller injections, presumably as a way of bolstering Republican arguments about the horrors of "socialised medicine." If you read the story, however, you find an even worse horror, waiting to pounce:

Specialists fear tens of thousands of people, mainly the elderly and frail, will be left to suffer excruciating levels of pain or pay as much as £500 each for private treatment.

In other words, the poor bastards will be subjected to the American system. What barbarism! Maybe not such a wise idea, that link. The Economist, meanwhile, has some fun with a piece in the Huffington Post noting that firefighting used to be a private, for-profit industry.

If we had to have the "conversation" about the firefighting industry today, we'd have socialism-phobic South Carolina Sen. Jim DeMint on the TV every chance he could get saying things like, "Do you want a government bureaucrat between you and the safety of your home?" Rep. John Boehner of Ohio would hold press conferences and ask, "Do you want your firefighting to be like going to the DMV? Do you want Uncle Sam to come breaking down your door every time some Washington fat cat says there's a fire?"

One could write similar comedy sketches for most of the other formerly private services that have become public services over the centuries, as people realised that the free market doesn't provide them very well. (London, 1850. The Honourable Mr. John Boehner: "When an urchin pilfers an apple from your fruit stand, do you want to rely on some bureaucratic government 'copper', or do you want to follow the great traditions of our sunny isle and gather a vigilante mob to enforce justice?" Gaul, 45 B.C. Jimdemintix: "When a Roman phalanx advances on your village, do you want some lazy bureaucratic government-run army in charge of defending it?" And so on.)