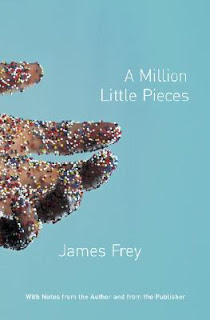 In an interesting piece for The Common Review, Daniel Born examines the recent rash of fake memoirs:

"Some of the blame might be ascribed to the French philosopher and man of letters Jean-Jacques Rousseau, who brilliantly read his audience’s thirst for authenticity. As he boldly claimed at the outset of his landmark work Confessions—published posthumously in the 1780s — “This is the only portrait of a man, painted exactly according to nature and in all its truth, that exists and will probably ever exist.” Much of the current crop of fake memoirs aggressively embraces Rousseau’s lesson. Wallowing in the moral abyss, and then opining about the adjunct guilt and shame, will always score you points on the authenticity meter. Hence our fascination with gang members, junkies, ex-cons, very bad girls—all predictably victims of child abuse, alcoholic parents, and general dysfunction. Although the blueprint by now is a little ragged from use, it’s easy to overlook this fact when presented with a happy ending. It seems American readers’ brains are hard-wired for a narrative structure of sin and suffering (the more raw, the better), followed by absolute redemption. It’s a cliché that has become an easily winning formula—and that makes it ripe for confabulation"

An interesting paradox: the reason for all the fakes is our insistence on authenticity, or at least a vision of the world that sees only "dark" "gritty" and "unrelenting" as in any way authentic. It's a species of literary blowback: James Frey did not decieve Oprah. She created him. She created the environment in which he could flourish. He is her monster, blinking innocently at her accusations.