Its official: Hitch stimulates the brain 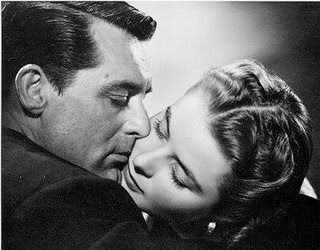 Earlier this year neuro- scientists at New York university showed a group of volunteers 30 minutes of Sergio Leone's The Good, The Bad and the Ugly, and episode of Alfred Hitcchcock Presents, and the Larry David sitcom Curb Your Enthusiasm. Their neocortexes were monitored. The result? Hitchcock won, provoking 65% of the brain to activity, with 45% for the Leone, 18% for David. 'The fact that Hitchcock was able to orchestrate the responses of so many different brain regions, turning them on and off at the same time across all viewers,' they wrote. 'may provide neuroscientific evidence for his notoriously famous ability to master and maniuplate viewers minds. Hitchcock often likes to tell interviewers that for him 'creation is based on an exact science of aidience rcatuons.'
And that was just the ropey TV-spin off, Alfred Hitchcock Presents. Imagine if they had shown them a clip from The Birds, or the funfair ride in Strangers on a Train, or the 30-second kiss in Notorious.