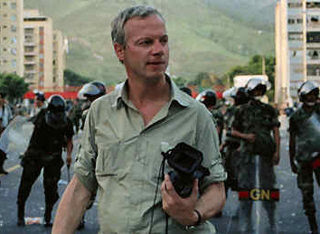 "Well, have now been back in Kabul for two weeks, but snowed in and waiting for the mountain paths to clear. In the meantime, I’ve been watching dodgy Chinese-made DVD’s of films that haven’t even been released in the UK yet, and wondering whether I’ll end up in Guantamo Bay just for watching Lambo 4... Afghanistan, after all, is the forgotten frontline of the War Against Piracy."

And with that bad joke, my friend Sean Langan posted his last blog entry, before he was kidnapped by a Taliban-backed militant group three months ago. I didn't even know about it until he was released. His family didn't know until two weeks ago. He was there filming a documentary for Channel 4 in the volatile Afghanistan-Pakistan border region — I exchanged emails with him in March, swapping jokes about having fallen off the map — when he was snatched, possibly by the same group he was attempting to interview. The Times says he was held in a basement and endured mock executions and two promises of release that came to nothing. He was allowed to make one phone call two weeks ago, to his family, to offer "proof of life." His brother David and wife Anabel have since been working for his release, with help from the Home Office. On Saturday, they were successful.