Give us a clue 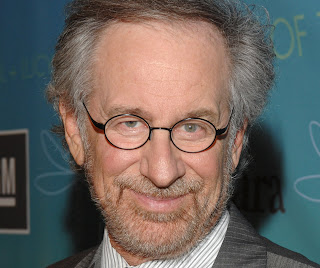 'DreamWorks has acquired screen rights to The 39 Clues, a multiplatform adventure series to be launched in the fall by Scholastic Media. Spielberg is expected to set a screenwriter in the next few weeks. The 39 Clues, which launches Sept. 9, is envisioned as a 10-book series to be released over two years. It's described as a multimedia adventure that will include a set of collectible cards and an online game that will serve as a portal as young readers try to solve a mystery for a grand prize of $10,000. The contest will run for two years. The 39 Clues takes "creative leaps to expand the story experience from the pages of the books to multiple stages of discovery and imagination," Spielberg said in a statement' — Variety

So. To summarise. It launches. It has a portal. And a prize. It runs for two years. And Spielberg is doing to direct, leap and expand. It all sounds spiffy. But what — and stop me if this is too boring a question — is it?