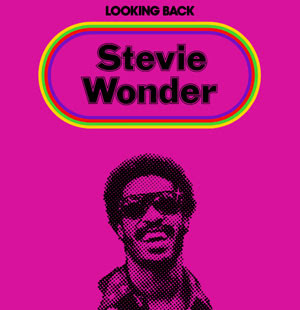 In an interview with Rolling Stone's Jann Wenner, Obama goes over his musical tastes in a little more detail. Wenner kicks off by congratulating him about the Dylan endorsement, waits to hear how much it means to him, and then hits him with the follow-up: what is his favorite Dylan song?

"I've probably got 30 Dylan tracks on my ipod. I think I have the entire Blood On The Tracks album on there. Actually one of my favorites during the political season is Maggie's Farm. It speaks to me as I listen to some of the political rhetoric."

Top marks: he remembers an album. He remembers a song and even remembers a thought process that goes with the song. He knows his Dylan. What about Bruce?

"Not only do I love Bruce's music, but I just love him as a person. He is a guy who has never lost track of his roots, who knows who he is, who has never put on a front. When you think about authenticity, you think about Bruce Springsteen, and that's how he comes across personally. We haven't actually met in person."

Hmm. A disappointing denoument. Obama is talking about Bruce the brand — the qualities he is associated with in the public eye. The similarities to the kind of qualities he is trying to project make this sound more like a political mating cry than a fan's notes. Wenner gives him cred for recognising the Grateful Dead track playing during the photoshoot. Are we going to have a deadhead in the Whitehouse?

"I'm not sure I really qualify as a Deadhead — I don't wear tie-die and Ive never really followed them around anywhere. But I enjoy their songs."

Maybe it's he word "white house" that does it, but Obama performs his first tactical feint. He doesn't want to be associated too fully with psychedelic hair and seven-minute guitar solos and drug-induced comas. Music growing up?

"A lot of seventies, rhythm and blues and pop were staples to me: Steve Wonder, Earth Wind and Fire, Elton John, Rolling Stones."

Suspicion flickers briefly over this answer — in particular the way the list get more white as he goes along — but Wenner asks him for his favorite Stones track: "Gimme Shelter." He's through, although I wish Wenner had pressed him on Elton. It's just off-message enough to be genuine. Together with Earth Wind & Fire, a revealing taste for pomp is revealed. All time musical hero?

"If I had one it would have to be Steve Wonder. When I was just at that point where you start getting involved in music, Stevie had that run with Music Of My Mind, Talking Book, Fullingness First Finale, and Innervison and then Songs in the Key of Life. Those are as brilliant a set of albums as we've ever seen."

Okay. Total recall of all five albums, very close to chronologically ordered, plus this giveaway: "when I was at that point where you first start getting involved in music...." It's no big deal — he's just talking about that first flush of romance, when you first really lose yourself — but it's an unfakeable observation, from one music-lover to another. A decisive comeback. A North Carolina of an answer. What's on his ipod now?

"When I was in high school, probably my sophomore or junior year, I started getting into jazz. So Ive got a lot of Coltrane, a lot of Miles Davis, a lot of Charlie Parker.... everything from Howlin' Wolf to Yo Yo Ma to Sherl Crow to Jay-z."

Aw. He's embarrassed about liking jazz, fluffs around it with a bit of biographical exposition and then interleaves a random selection of recent artists to avoid the charge of boring. A sweet reminder of the square he is. The Jay-z he got from Reggie Love, his minder.

"By definition, rock & roll is rebel music, which means if it isn't being criticised, its probably not doing its job. I am troubled sometimes by the mysogny and materialism of a lot of rap lyrics, but I think the genius of the art form has shifted the culture and helped to desegregate music.... you'll remember that when MTV first came along, it wasn't until Thriller that they played Michael.

I know Jay-Z. I know Ludacris. I know Russell Simmons. I know a bunch of these guys. They are great taents and businessmen, which is something that doesn't get emphasies anough. It would be nice if I could have my daughters listen to their music without me worrying that they were getting bad images of themselves."

A deft negotiation of the rapids, threaded with an interesting point — it's nice to see props for Jackson as a mould-breaker — and rounded out with a nice bit of defensive play. As good a walk through that particular minefield as you could wish for.