LISTOMANIA: Best Addicts at the Movies 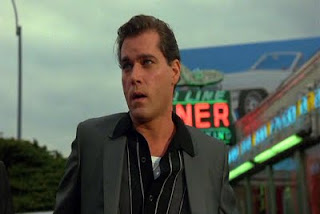 The portrayal of addiction is one of those things that the movies have gotten better at, like special effects and the quality of child acting; with top marks going to the movies that aren't "about" drugs or addicts. John Travolta is the best heroin junkie on film, partly because we catch him early; he's just going about his daily business as an assassin, taking time out to attend to his habit every now and again — a high functioning deadbeat. Generally, heroin puts movies to sleep. Coke revs them up. Pot trips them up into comedy. Eric Cristenson coke-babbles better than anyone. Heather Graham leaves the best-looking corpse. Frank Sinatra gives the best cold turkey, closely followed by Gene Hackman. Maggie Gyllenhaal gets best recovering actress. Alfred Molina caught the whole 24-hour party-animal-in-his-slippers megalomania. But Ray Liotta captures addiction's arc, from soup to nuts: the final scene of Goodfellas, showing him cooking soup, cutting coke and dodging helicopters is a superb study of pure, panting chaos.