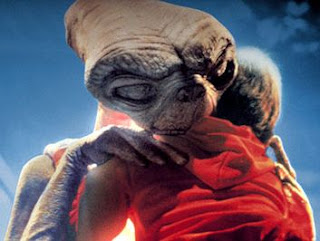 Here are my the sum of my hopes for cinema in 2010: I want to feel something. I don't want to think more, I don't want to argue more, I don't want to be dazzled by technique, I don't want to play more chess-games with master directors, I want to feel. The Hurt Locker was good and all but it's effect was largely physiological: you felt it somewhere in your spinal column. If there's one reason I liked the end of Shutter Island its that unusually for Scorsese, it actually seemed suffused with a recognisable emotion, even if it was the celestial melancholy that comes with waving goodbye to reality. Still: an emotion. Most of our leading auteurs — Fincher, the Coens, Aronofksy, Paul Thomas Anderson, Soderbergh — are not that big on feelinks. They're bigger on anomie, alienation, disassociation, estrangement, and celestial melancholy, although I'll make an exception for The Wrestler: the only picture of Aronofksy's that dared to put heart and had on equal footing, with magnificent results. The only major director who regulalry bothers stoking our heart-lights is Clint Eastwood and look what happens there: knockout punches like Million Dollar Baby and (yes) The Bridges of Madison County, a film at which I once audibly honked, surrounded by the tersest, toughest, and most leathery-hided of London's film critics. That's why this year the film I'm most looking forward to are: Ed Zwick's pharmaceutical love story Love and Other Drugs, with Hathaway as a Parkinson's sufferer and Gyllenhaal making sweet love to her failing, beautiful body; Peter Weir's Siberian escape movie The Way Back with Ed Harris, which could deliver something nice and primal; and possibly — in the highly poeticised manner of Terrence Malick movies — The Tree Of Life, with Brad Pitt and Jessica Chastain. I found The New World surprisingly moving, once I got around to seeing it. On the other hand, Christopher Nolan's Inception, a heady thriller set inside Leonardo di Caprios mind — haven't we had enough of those? — Darren Aronofksy's Black Swan, a heady thriller set inside Natalie Portman's mind, and David Fincher's The Social network, about the formation of Facebook, look like pure brain food, cranial crossword puzzles. Lingering memories of Terms of Endearment will propel me to the new James L Brooks, for whom I have an undying and and unfashionable attachment. And then of course there is the new Jim Carrey movie I Love You Phillip Morris, a gay comic romance with Ewan McGregor in what I am reliably told is the "ethereal-absurdist-gay-romantic-biographical farce genre." I feel tears welling already.