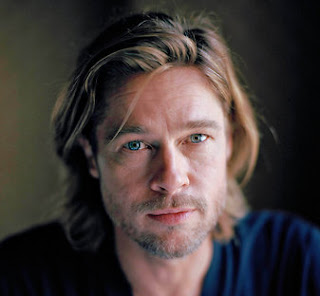 For much of the year my favorite performance of was Ralph Fiennes's Voldemort in the final Harry Potter film. Voldemort has always been the best reason to sit through a Harry Potter film — a sinuous wraith, infused with the physical grace of Nureyev and the haggard fixity of Max Shreck, blue eyes blazing with hatred, ladylike wrists delicately cocked as he looses hellfire upon the denizens of Hogwarts. By the end Fiennes had layered him into a figure of tragic dimension: daring to believe that he might have that wretched boy within his grasp, positively giddy at the prospect of his death, before feeling his heart break again — the look on his face when Harry returns is unforgettably dire. March brought the sight of John C Reilly 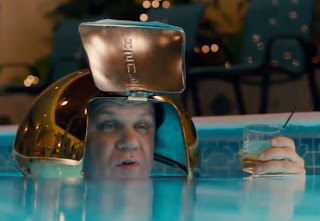 standing in a swimming pool with a trash lid on his head, too drunk to do anything but stare at Ed Helms making out with Ann Heche, like a child — a glorious sight, sad and funny and pathetic all at the same time; freed from Will Ferrell's side, Reilly seemed as liberated as Dudley Moore was from Peter Cooke — a man possessed of his own comedy djinn. I was tickled by Adrian Brody's Dali in Midnight in Paris, ("Dal-i!"), impressed by Hayley Atwell's upper-cut in Captain America and thrilled by the movie-star apprenticeship of Ryan Gosling, channeling McQueen, Delon and Rumblefish-era Mickey Rourke in Crazy Stupid Love and Drive. In decades to come, students of career chess will, I believe, study Gosling's tack-to-centre in 2011 as they now study Livitsky's classic moves. My crush of the year was Melanie Laurent, giving a performance as direct and pleasurable as sunlight on your skin in Mike Mills's Beginners. Jennifer Ehle was one of the best scientists I have ever seen — a wonderful mixture of blitheness and concentration — in Contagion. My favorite comic 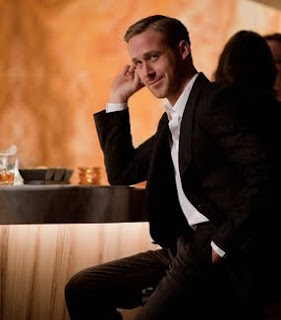 performance was Kristin Wiig's in Bridesmaids, mining a vein of spaz-out so loose-limbed and Thurberish she seemed capable of running into her own behind. My favorite piece of casting was Viggo Mortenson as Sigmund Freud, going big on the cigars and chiselled shrewdness but remembering to make him a voyager, feeling his way in the dark. "Columbus didn't know what country he'd discovered," he says, like Aragon on the threshold of Mordor, "only that he'd touched land." My favorite piece of type-casting was Amy Ryan's terrific mom in Win Win — tough and compassionate, quietly taking up residence as the movie's moral centre; in the same film, Paul Giamatti delivered one of his most yeoman-like performances — one with all the soft defeat of a deflated souffle. Jessica Chastain arrived aloft the pearlescent shell of Tree of Life like Botticelli's Venus, and quickly made up for the lack of a part with a small fusillade of films (Take Shelter, The Help and The Debt) in which she revealed quick, sure and unshowy acting instincts and a fascinating, multi-planed beauty — luscious and drawn by turns — that left you hungry for as many angles as possible. Someone put her in a 3-D movie. Olivia Coleman was astounding in Tyrannosaur — a woman surviving lightning 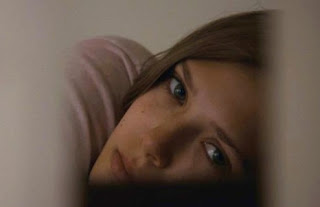 strikes, summoning storms of her own. Viola Davis was a picture of mute forbearance in The Help, but seemed oddly out of place in that film's largely comic universe; I much preferred Octavia Spencer's Minnie, with her pear-shape, duck face and comic fast-ball. Elizabeth Olsen was subtly arresting in Martha Marcy May Marlene: lost in others' surfaces, as if learning to be human by osmosis. (In interview she was even more impressive, sounding somewhere between 17 and 70.) But my favorite performance of the year was also the greatest bit of movie-star trompe-l'oeil: Brad Pitt's Billy Beane in Moneyball. First off: that name, the perfect follow-up to Benjamin Button. Secondly: his eyes, shot in extreme close up, and the mixture of bravado and panic combined therein — always the combo in any Pitt performance, but normally tripping it up, rather than powering it along, as they did here, his usual frolicsome flicks of the tail acquiring notes of sadness and weariness which induced, in this viewer at least, the strangely pleasurable chagrin that comes from knowing you have misjudged an actor. A genuine surprise, unlike so many star turns, and a heavy-boned portrait of unflagging devotion.