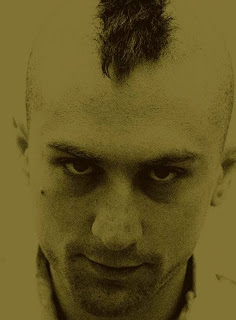 From my piece for Slate about the accelerated careers of today's young stars:—

"You remember child stars: those tap-dancing, ringlet-haired moppets, shoved onto stage by their mothers with a bright smile on their faces that, somewhere past the age of 12, required a cocaine habit to properly maintain. By contrast, the new generation are remarkable for their minimal flame-out rate, aerodynamic flight paths and Powerpoint career plans. They didn’t need mom to elbow them onstage. Drawn by the ghostly, pixillated light of the Mickey Mouse Club, like little Heather Rourke in Poltergeist, they heeded Hollywood’s siren call themselves and, newly arrived, immediately locked into Auteurist orbit. Think of Hailee Stanfeld holding her own in the Coen’s cussed remake of True Grit, Kristen Stewart narrowly surviving David Fincher’s Panic Room, Chloe Moretz slicing and dicing her way through drug dealers in Kick Ass, and now appearing in the new Scorsese film—the model for this kind of x-rated child performance being, of course, Jodie Foster's child prostitute Iris, ducking the arterial gouts at the end of Taxi Driver age 12. The Coens. Fincher. Scorsese. These are not kiddie directors. These are not kiddie careers. They are adult careers. They’re just happening sooner.

The irony is that if you ask any young actor worth their salt which filmmaking decade they most revere, the answer is almost unanimous—the seventies—but most of the actors that decade turned into stars had been lying in wait for some time: the young turks of the counter-culture were decidedly long in the tooth. “Taxi Driver is the ultimate independent-movie performance,” Leonardo Di Caprio told GQrecently. “Playing a character like Travis Bickle is every young actors wet dream” but De Niro was 33 when he appeared in that movie, having spent most of his twenties scrounging a living from the dinner theatre circuit, making movies that couldn’t even find distributors, and gluing the windows of his one-room walk-up together to keep the New York winters out. The stew of alienation and resentment that propelled Travis Bickle across the screen was very real. Gene Hackman, meanwhile, spent most of his twenties in the Marine Corps, serving as a radio field operator, and later working as a New York doorman before getting his break in movies—he was 37 by the time he appeared in Bonnie & Clyde and 41 in The French Connection. Robert Duvall was 41 by the time he got his big break in The Godfather, after serving as a Private in the US Army and worked as a post office clerk. Dustin Hoffman had worked as a restaurant coat-check, a typist with the Yellow Pages, and a stringer of Hawaiian Leis, and was 30 when he appeared in The Graduate—a good nine years beyond graduation. Is it any wonder that when placed next to that lot, the performances of today’s young stars can feel experientally thin, both too smooth and too strenuous in their search for imported texture, edge, grit? “The idea is you learn to use everything that happened in your life and you learn to use it in creating the character you're working on,” said Brando of the Method. “You learn to dig into your unconscious and make use of every experience you ever had.” What experiences can these young actors draw on, besides that of having been stars their entire life?

This moebius paradox has, in turn, become the dominant theme of today’s prize performances. For the most part, Di Caprio’s recent performances have felt like grim-faced self-expurgations, fretful with a young man’s self-war— he hasn’t taken an audience along for the ride since Spielberg’s Catch Me If You Can, a role he disdains—the exception being the reel of Shutter Island, when you finally felt his protracted apprenticeship with Scorsese paying off. But it’s no accident that Shutter Island shares with Inception a mazy preoccupation with veils of fantasy, and a quixotic search for the real. It is the theme, too, of Black Swan, in which Portman’s ballerina, lacking the experience that would round out her performance as the black swan, tries to speed-dial it, like Trinity in the Matrix downloading helicopter piloting skills. That’s why Black Swan was such a pivotal film for young Hollywood: over-compensating for experiential thinness was what the film was about. It’s safe to say, in fact, that one consequence of the Tween revolution is to sound the death knell of Method acting. In which case, Gosling’s advice is sound: actors should accelerate into the curve, not resist it. Travis Bickle is dead. The world belongs to Iris." — Slate