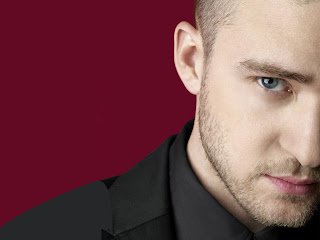 “I’ve been really, really lucky,” says Justin Timberlake, sitting back on a sofa at the Ritz Carlton in Battery Park, on the Southern most tip of Manhattan. “Because I look back and I don’t think I’m the most talented singer, or dancer or actor. I don’t think I’m that good. It just takes this inner head-down type of thing. That will-to-achieve was the other half of why things probably happened for me. It takes balls."

Oh to be in possession of Justin Timberlake’s balls. Let’s not be greedy. Just one would suffice to rescue the average Englishman from the confines of Prufrockish self-doubt, and propel him, blinking, towards the klieg lights of Grammy-winning pop superstardom. Two of those beauties beneath the bonnet and you would in all likelihood now be transitioning — via a successful clothing line, golf course, restaurant and vodka brand — towards the megawatt beneficence of movie stardom, as Timberlake is now.

“Its kind of like being on a rollercoaster,” he says. “ You don’t know when that rollercoaster is going to end, so you realise that enjoying every single loop and every left and right turn is the fun of it. You just get to a point — I feel like I’ve been through it in the last year or two — which is: you realize that who you are is not what you do” Timberlake presents a personable, even placid exterior. For someone who once sang “I'll let you whip me if I misbehave” on ‘Bringing Sexy Back’, he’s the politest sex God you ever could hope to meet, dressed head-to-toe in black like a studly waiter, with smooth, babyish skin, and pale blue eyes. “I feel that I’m painfully normal,” he says. “Other than the fact that I have an extremely aspirational profession.”

Only the worry lines on his forehead give some clue to the duck legs paddling furiously beneath the waterline. He peppers me with questions about the screening of the film I attended the night before. “Was Craig’s score on the film? They just did all the color. They ’re just doing all the sound mixing right now, which I think is a very integral part of the film. To hear the time going – ft ftf ft ft ft – and also the score. I’ve heard some of Craig’s score. It’s beautiful.”

— from my interview with Justin Timberlake in The Times