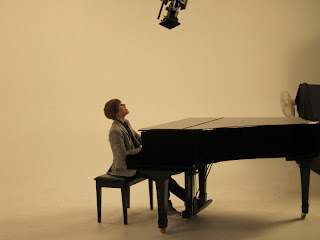 1. U Smile — Justin Bieber
The only evidence I can find that Michael is not dead, merely in hiding behind a haircut closely resembling that of a lightly tousled tulip.

2. Swim Until You Can't See Land — Frightened Rabbit
One day I may feel about this song the way I feel about the Pogues Fairytale of New York. I'll report back. Makes me miss scotch.
3. On Melancholy Hill — Gorillaz
Steady, wistful, fond, like toys breaking up with one another, or airport music by Harry Nilsson.

4. Get Outta My Way — Kylie Minogue
There's a series of stepped, consecutive fifths in the chorus that feels like a staircase rising up to meet your feet as you duck and jive your way up towards the mirrorball that awaits you, always.