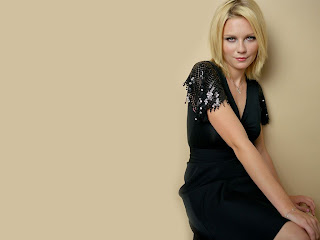 "She has worked flat-out for the best part of two decades, ever since she stole 1994’s Interview with a Vampire from Tom Cruise and Brad Pitt with her performance as an 11-year-old vampire, lapping up blood like a cat at a saucer of milk. With her two slightly pointed incisors, a smile that seems to begin and end at the corners of her mouth, and her drowsy, low-lidded gaze, Dunst has a perfect movie face, sphinxlike and luminous, somehow suggestive of great distances even in the tightest close-up. She was peppermint-fresh as one of the suburban Lolitas in The Virgin Suicides, after which a career of mall-rat Bacalls beckoned, brittle with their own ennui, but Dunst tacked in the opposite direction, clocking up a series of teen movies — Dick, Bring it On, Crazy Beautiful — notable for the uncondescending sincerity of her performance, and culminating in her M.J. in Spiderman, that most plastic of blockbuster franchises, but lit up with silent-movie yearning whenever Dunst was onscreen. Her string of award nominations and wins — best screen kiss, best onscreen match-up — are not the stuff of Oscar campaigns but they testify to formidable powers of chemistry with her co-stars."

— from my interview with Kirsten Dunst in New York magazine