Best news of the week 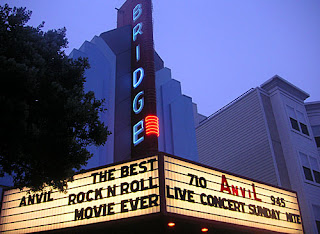 The Heavy metal band Anvil, immortalised in the movie Anvil! The Story of Anvil! will open for AC/DC when it performs at Gillette Stadium in Foxboro, Mass. on July 28 and at Giants Stadium in East Rutherford, N.J., on July 31. This is excellent news — maybe not as important as Obama's speech in Cairo, or the subsequent defeat of Hezbollah in the Lebanese general election, or the decision by the Pacific archipelago of Palau to take in the 17 Uighers in Gitmo, but still: one of the weeks better pieces of news I've heard this week. Those who are as obsessed as I am can check out what the band got up to in Cannes here.