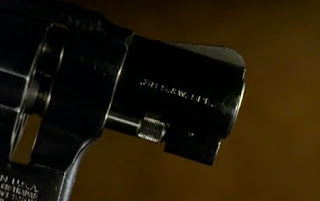 The nineties looke pretty good from here: all the busy commerce of the eighties but also a steady procession of what feel like classic movies. I would put it up there with the fifties as one of my favorite film decades. Quentin Tarantino seized all the headlines but Michael Mann released two magnificent films, The Last of the Mohicans and Heat, that made it Mann's decade. Some of the films I fell in love with at the time — The English Patient, Leaving Las Vegas, Saving Private Ryan — have slipped a little, or I've worn them out. Others have only got better and better, like my number one, Goodfellas: a comet, burning up in its own heat. Before Sunrise was a terrific collaboration between a director and his actors. Rushmore was it's own creature, pulling off that rarest of feats: an entirely new tone, although Bogdonavich and Scorsese can line up for a little credit. I had a real challence which Eastwood pic to favor — Unforgiven or The Bridges of Madison County, which laid me flat for a week — but Jack Green's framing of William Munnie beneath a glowering sky, together with that awful line in Bridges ("Great stuff Yeats") swung it Unforgiven's way.