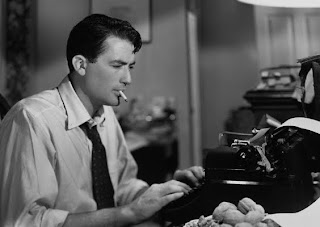 "I know that you were at Berkeley in the late thirties, possibly as an English major. So was I. Forgive me, but your reviews do read like the earnest efforts of a bright girl still bucking (endlessly) for A's.... I have a nagging thought: Was there something between us that I don't remember? I sense it, but I have no recollection of having known you.... I suppose one day we shall meet. We may have a civil exchange of a sort. Or not. I will make that determination." — Gregory Peck to Pauline Kael, after she wrote, of The Keys of the Kingdom, "(t)his is perhaps the most dignified and sexless performance ever given by a rising young male star"

I can boast of no complainant quite so glamorous, although, as if to reinforce the suspicion that the present is but the past, replayed as shoddy farce, I once received a summons to meet Dickie Attenborough after I disdained his and Eric Cantona's performances in the 1998 film Elizabeth. Attenborough played William Cecil, 1st Baron Burghley, and Eric Cantona, fresh from the midfield of Manchester United played Monsieur de Foix; they both pop up together about halfway through the movie, in doublet and hose, prompting a low gurgle of mirth in this reviewer, and a comment in my Sunday Times column that week to the effect that the producers of period dramas should never cast such well-known faces, so low down the cast list, so late in a movie. The letter inviting me to lunch at Pinewood studios, where Attenborough was then mixing his new movie, arrived a few weeks later. I was perplexed, but too intrigued to turn it down, so a week later caught the tube all the way out to the Uxbridge road, was buzzed in and made my way up to Attenborough's office. Sir Dickie sat behind his desk, smoking a cigar. He made small-talk for ten minutes or so before bringing up my review. Ah, I thought. But of course.

"I mention it not for my sake but Eric's, you understand," he said. "I'm used to this sort of thing, but he is just starting his career as an actor and was so dreadfully discouraged by what you wrote."

I sat there, not knowing quite what to say, except to reassure him that my opinion was sincere, that no-one had held a gun to my head, etc etc. And with that the conversation seemed to have exhausted it's natural course. I could no more recant my view than he could ask me to. Lunch never arrived. Instead, he inflicted on me ten minutes of his atrocious new film, Grey Owl, which featured Piers Brosnan posing against a variety of Canadian backdrops, playing an Indian chief, with feathers in his hair. After it had finished, I could think of nothing to say except that the Canadian foliage looked lovely at that time of year. I said that I'd better be getting back and pushed off home.