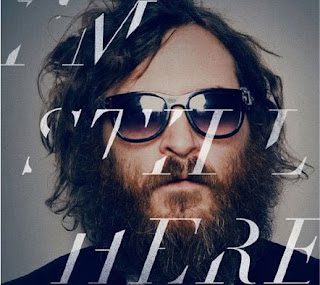 "VENICE (Reuters) – Whether a hoax or not, a new documentary about Joaquin Phoenix and his transition from acclaimed, brooding actor to bearded, shambolic hip-hop wannabe has captivated viewers at the Venice film festival. "I'm Still Here" was directed by Casey Affleck, a successful actor and Phoenix's brother-in-law. The guessing game over whether the picture was genuine documentary or ironic "mockumentary" poking fun at an intolerant and narrow-minded public and press began long before the release of the movie." — Reuters

Why is it that the media always respond to these documentaries that play games with fame — Exit through the Gift Shop being the other example — by asking if they are a "hoax?" Is it their only way of dealing with a story whose good faith towards its audience is in doubt? Have they never heard of irony? Of course its not a hoax. It's just a disingenuously motivated pas de deux played with public expectations. Whether that is a worthwhile artistic aim or not is a genuine matter for debate. Not whether they faked footage. Saying so only encourages them. C'mon people. Think.