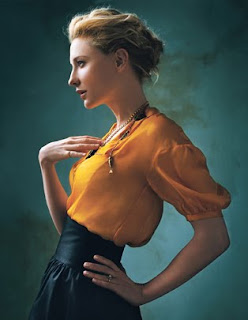 I've been studiously avoiding Forbes annual list of movie stars who give best bang for the buck on the grounds that their methodology was so self-evidently flawed that nobody would fall for it, but MSNBC have just taken the bait so. Here's the list:—
And here's how they came up with it.

In order to create our list we looked at the top 36 earners in Hollywood. To qualify, each actor had to have starred in at least three movies in the past five years that opened in more than 500 theaters. Movies that opened after June 1 of this year are not counted. We did not include animated films because the actors aren’t really the draw and they tend to take pay cuts for voice work.

We then used data gathered for our annual Celebrity 100 list to calculate each star’s estimated earnings on each film (including upfront pay and any earnings from the movie’s box-office receipts, DVD and TV sales). We then looked at each movie’s estimated budget (not including marketing costs, which are susceptible to accounting chicanery) and box-office, DVD and television earnings to figure out an operating income for each film.

They used a film's box office to determine the star's drawing power, ignoring the efforts of the studios, over the last 30 years, to perfect a formula for movie-making that frees itself from the need for stars entirely. They are called summer blockbusters. You may have heard of them. The movies are the star. It all started with Jaws and Star Wars and continues to this day with Transformers, Harry Potter and just about every Marvel adaptation you care to mention. Audiences are not going to see Transformers to see Shia La Beouf. They go to see shiny cars turn into robots and cream one another. Still less are they going to see Harry Potter because it stars Daniel Radcliffe. They are going to see Maggie Smith turn into an owl. To get a real sense of what actors are box office draws you'd have to disqualify all comic-book adaptations, sequels, and superhero franchises. A case could be made for Johnny Depp, because he fought so hard for Jack Sparrow, who genuinely did turn out to be the draw of the Pirates movies, and Robert Downey Jr, Iron Man is being the actor-friendly franchise it is, but much as I'd like to see Hathaway top that list, I suspect it's Alice that's bouying her so high. Which means our real winner is Ms Blanchett.