Civilian actions in the theatre of war 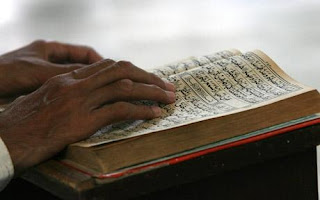 I sort of hate slippery slope arguments, but it seems to me that this is the very definition of a dangerous slippery slope. For example, would people be comfortable if Petraeus characterized an anti-war march as a threat to the US mission in Afghanistan? Or what if Petraeus condemned a Congressional vote to cut funding for a weapons program as a threat to US soldiers in the field? Such behavior would almost certainly overstep not just the letter of civil-military relations, but certainly the spirit. It's very hard to see how Petraeus's actions here are much different: well except for the fact that most people would generally agree that these folks in Florida are acting like complete jackasses - but acting like a jackass is a constitutionally protected right in this country.

Grudgingly, I am in agreement with this, although if one actually accepts the argument used by both the Bush and Obama administrations — that the war on terror has turned the entire world into a battlefield — then what that Floridian pastor is doing constitutes not just a constitutionally-protected civilian action, but a civilian intrusion into the theatre of war — a very different matter, surely.

But we would not accept such an argument because it is, of course, self-evidently ludicrous.