Indifference is the cruellest review of all 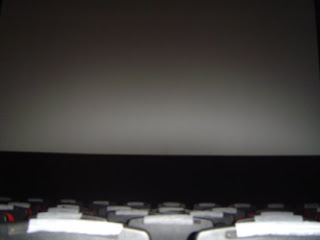 Another plea from Awards Daily for critics to stop delivering their opinion of movies. It's getting in the way of the awards-season hype, apparently. The Town, they note approvingly, has a score of 76%, although that doesn't stop their correspondent from dreaming big. “All it needs now are a few 100s in the mix!” Good Christ. What is this? Summer camp? Still, that's two points higher than Inception’s 74, which would have been higher but for the meddlesome opinions of Stephanie Zacharek, Rex Reed, "and other haters whose 25s and 30s dragged it down off the pedestal."

It’s a perfect example of something I rail about from time to time: how a metascore scale that runs from 1-100 is inherently flawed because it’s an open invitation to review abuse, permitting a critic to single-handedly wreck a movie’s critical perception.

The technical term for this, I believe, is "an average". It's none too radical an idea. What is a radical idea is that any critic who harbors bad thoughts about a movie constitutes "review abuse." I would respectfully suggest that if having bad thoughts about movies is intolerable to you, then you either a) stop going to movies, b) start reviewing movies for television or c) become an agent. I mean c'mon. Personally I think most critics are too kind. For one thing, I don't know if you've been to the movies recently but its not exactly wall-to-wall masterpieces out there. Certainly within the subset of people who've seen any given movie, the critics tend to be down the grumpier end of things. It comes from not having to pay for your ticket. Here's what I say to that. There's a far crueller verdict dished out with even greater regularity by a much greater number of people: those who didn't even go see the movie, a.k.a. the vast majority of the world's population. How's that for a bad review? Factor that into your averages and see what kind of review you come up with.