Alice and the mystery of the semi-cloudy day 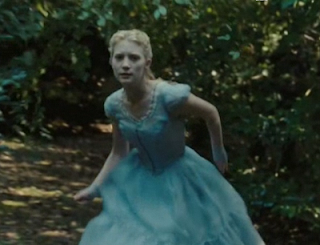 Finally caught up with Tim Burton's Alice and it is exactly as everyone said it was: soulless crap. I have nothing to add except to ask: when are filmmakers going to learn that they can spend millions of dollars for armies of digital artists to devise lifelike images and textures, and it will all be for aught, if they are not going to pay the slightest bit of attention to light sources? The next time you see a Harry Potter film, or one of the Rings trilogy, or any of the Star Wars prequels, check out the weather: it's always the same semi-overcast day, casting both direct sunlight in one corner of the frame and a more diffuse light over the images that happen to need it. It looks like four-seasons-in-one-day. It's as baroque, in its way, as the gauzy blur through which Garbo used to insist she be glimpsed. Who would have thought that digital images would turn out to be such prima donnas? I'm guessing that with so many elements to integrate, many of them shot against a green screen, inside, it's almost impossible to match the effects of direct sunlight. (Avatar was the rare film that did). The techies prefer the more diffuse light that comes from overcast skies — it's easier to fudge. But no Hollywood film wants to eschew blue skies for cloudy. So instead they chose both. Except they end up with neither. They end up with a mess.