My dream about president Obama 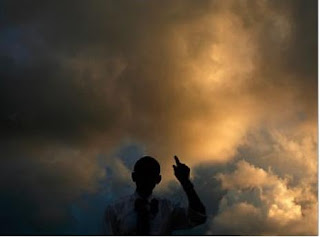 I had a dream last night that I'd found Obama the 60th vote he needs in the Senate to pass his healthcare reform bill. Seriously. That was my dream. It was some old guy who everyone had forgotten about. He wandered into the senate, looking a bit dazed. He was sick and he wasn't too sold on the healthcare package in all its particulars, but somehow I just knew that if I could get him to Obama in one piece, he'd step up to the plate and cast that 60th vote. The rest of the dream was about us racing around the senate building, trying to find Obama. I woke up before I could find him, but already had it planned out what I was going to say.

TOM [nonchalantly]: Mr President, I hear you've got a healtbcare bill you want passed.
OBAMA [grave]: Well, Tom, I'm certainly trying my utmost.
TOM: I hear you're lacking the crucial 60th vote.
OBAMA: You heard that right.
TOM: What would it mean to you if a person came to you and said they have that vote.
OBAMA (puzzled): It sure would mean a lot.
TOM: Would it mean enough to suspend that person's income tax for the rest of his life?
OBAMA (narrowing his eyes): I think I would have to see if what that person said panned out or not.
TOM (choking up): Mr, President, I came here to tell you: I have your sixtieth vote

(I give him his vote, he agrees to suspend my income tax in perpetuity, etc etc)