How not to spoil a film's ending (or beginning) 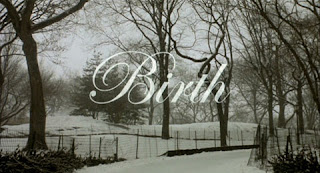 "I'll be reviewing the film when it opens in the spring, but let me say in advance that the ending is an absolute humdinger. (No need to avert your eyes: when it comes to surrendering secrets, I'm like Jack Straw at the Chilcot Inquiry.)" — Ryan Gilbey, New Statesman

That's not good enough, I'm afraid. The only way to not give an ending away is not to say "this movie has a really great ending and I'm not going to give it away."The only way to do it is to say nothing at all. How many times have you worked out a film's trick ending solely on the basis that someone had told you it had one? Thanks to Gilbey's article, hundreds of people who didn't know that The Ghost Writer had a twist ending, now do; the twist stands a 50%/50% chance of not being guessed, whereas before it was 100%. No. The only way to preserve the mystery is to not alert people to its presence in the first place. An even bigger problem for critics, though given less attention, is how not to give away the beginnings of movies. I love the beginnings of movies more than any other part, and that not just a catty way of saying Hollywood can't do endings anymore (although it can't.) There is nothing quite as lovely, to my mind, as the gradual unfurling of a film in the mind of the viewer, as happily blank as the screen itself. Then come our first impressions of the characters, the first stirrings of a plot, the inking in of details, textures, complications. Spielberg's are the best: think of Oscar Schindler inserting a Nazi party pin inserted into his lapel; the single drawn nail prized from a ship's bow in Amistad. He's got a natural empathy for the ignorance in which a moviegoer takes their seat, allied to showman's flair for scene-setting. De Palma always gets off to great starts: remember the girl and the suitcase and the bomb at the beginning of The Untouchables. Bombs can be an excellent idea (see also Casino, English Patient, The Hurt Locker, Touch of Evil); so can putting the audience on guard and just letting them sweat. Silence can be golden (see WALL-E, Days of Heaven). A solitary figure jogging through trees can work wonders (see Silence of the Lambs, Birth, Last of the Mohicans). All-important is that the images lead you on, invite you in: they are the fiercest test of a director's visual storytelling skills. Endings bring out the alpha males in the directorial pack; beginnings draw forth the mystery merchants, the seducers and backhand-slicers. Here are some of my recent favorites. Please feel free to suggest more.

— Fearless (man walking through a cornfield, running into other people as he goes)

— WALL-E (solitary robot trundles through an empty city: who built him?)

— Amistad (a nail, slowly prized free, by a slave: the movie's themes in a nutshell)

— The Silence of the Lambs (woman jogging through the woods, or is she fleeing?)