Is this the best British film of all time? 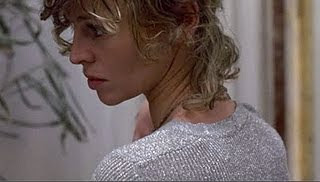 I've been trying not to comment on Time Out's list of Best British films but the more I think about it the more perverse their list looks. It's not just that I think Trainspotting is a crock of shit, Distant Voices Still Lives overrated or that both Mike Leigh and Alfred Hitchcock deserve a place in the top ten (as opposed to two Nic Roegs? Two Powells? really?). As for Kes, I'm still in the doghouse with my wife for making us watch in on New Year's Eve having forgotten what happens to the falcon in the final reel. I did try to explain that all animals appearing in a British film in the 1970s come to a bad end but she thinks I've jinxed our entire year. I think the problem stems from the fuzziness that surrounds Time Out's notion of what constitutes a "British film." It's one or other or all of either "director", "funding", "actors", "original book" or "setting" depending on which way the wind is blowing. For most of the entries, it seems to be "directed by a British director with British money in a British setting." So Alexander McKendrick and Hitchcock do fine until they move to America, at which point they become persona non grata. But Kubrick's Barry Lyndon gets in, neither directed by a Brit nor funded by Brits; same with Blow Up — Italian director, international money, London setting. Brazil is in even though it was directed by an American for an American studio and set in South America. The Third Man also gets in, even though Selznick was a financial partner and contributed American stars, in a Viennese setting, reducing that film's Britishness to just it's director. So why no English Patient? Why Brazil but not Blade Runner? Vertigo? Rear Window? City Lights? Modern Times? Point Blank? Midnight Cowboy? Alien? Sweet Smell of Success?