What's so funny about reliable narrators? 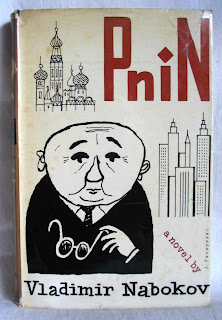 "Jennifer Egan is our reward for living through the self conscious gimmicks and ironic claptrap of postmodernism," wrote one critic of her new novel, A Visit From The Goon Squad. As prep for meeting Egan, I've been trawling through her reviews and notice that this is very much the theme: she's postmodern, but don't panic. In his review of her previous book, The Keep, Madison Smartt Bell said that Egan "deploys most of the arsenal developed by metafiction writers of the 1960s and refined by more recent authors like William T Vollman and David Foster Wallace, but she can't be counted a sone of them" on account of her "unusually vivid and convincing realism." Now, I'm as allergic of postmodern trickery as the next man but I couldn't help pausing over the following comment by another reviewer of the same book: "In her latest novel, The Keep, Egan prove that postmodern alegory can be fun," they wrote, before noting "her narrator, Ray, is as unreliable as they come, but he's also funny and insightful." What's so fancy-pants — not to mention humor-squashing and insight flattening — about an unreliable narrator? Unreliable narrators didn't dash the insight of Lolita, Money, Heart of Darkness, and The Catcher In The Rye. As for humor, some of the funniest books I have in my possession are narrated unreliably, from Pnin to Wodehouse's Bertie Wooster stories to pretty much all of Alan Bennett. I would go so far as to say that's its one of the more reliable comic motors a book can have, if not the most. I think suspicion of postmodernism has gone too far when it starts to include basic things like jokes. It'll be, "this book is printed on numbered pages, but it's still perfectly readable" next. Or, "it's a book but don't let that put you off..."