A wicked funnel of transference and spite 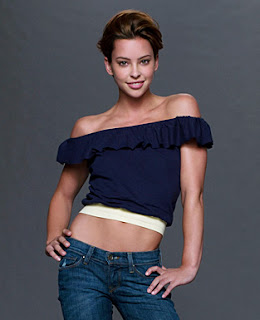 Okay, that is it. I'm done. I'm finished. I know you've heard me say this before but this time it's for real: I am not watching America's Next Top Model ever again.*

Regular readers of this blog will be familiar with my complete inability to pick the winners on this show. They will have heard my suspicions that Tyra actually boots girls off for the very same reasons that I like them — that in some ways this might be construed as a compliment, given how capricious Tyra's judgment is; and that the show's real purposes is to reproduce the sense of visceral injustice that Tyra experienced as a young model. So the better ones are eliminated early, and the undeserving kept in, solely for the intra-model static it induces in the surivivors. There is a wicked funnel of transference and spite gusting through that woman. The girls that really need to look out are the ones she identifies with: they really get it in the neck.

But nothing quite beats last night's episode, which was like a conversation with Charles Manson in its approximation to pure, head-banging chaos. It was the first one of this season I have tuned into, number three, so I worked fast to catch up and pick the girl I thought would win, followed by the runner up. I'm used to seeing my favorites weeded out over a course of a season, by which time the program has got its hooks into me again. This time, I had to wait a sum total of 5 minutes to see one booted off and 50 minutes to see the other follow her. It was pure, unadulterated craziness. Up was down, left was right, and Courtney and Rachel were out on their tushes.

Tyra's blown it this time: she's presented me with a clear opportunity to bail, early on. I'm taking it.