It's getting ugly out there 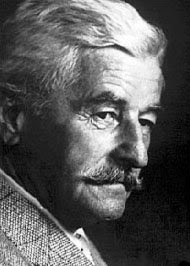 Politico has a round up of some of the more scurrilous unprinted stories swirling around the campaign. Chief among the McCain rumors is the story about McCain behaving badly on a holiday to Fiji before his first run for president, insulting his fellow vacationers and insisting that they listen to him read aloud from the works of William Faulkner. According to the editor of the newsletter CounterPunch, "We posted it and then pulled it off after two hours, There seemed to be enough intimations that it's a phony. Faulkner was a huge problem. Hemingway, yes. But would he really read Faulkner?"

The reasoning seems sound to me. If McCain was going to read aloud from the work of one famous American writer drunk, it wouldn't be the one who indulged in splintered time frames and mucked around with narrative point of view. I can't wait to hear the counter-accusation about Obama on vacation in Hawaii forcing everyone to listen to him reading aloud the works of Maya Angelou.