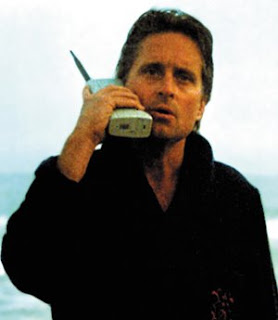 Why is it that people talking on cell-phones is so irritating? It's not irritating when you hear two people having a conversation on the street. In fact, it's generally a treat to eavesdrop on others' chit-chat. It must have something to do with the one-way nature of it — maybe overhearing someone jawing on a cellphone too closely resembles what it is like to be talked at by someone who won't listen. The city seems suddenly populated only by bores and buttonholers, all yakking away and not letting anyone else get a word in edgewise.