Watching Treme: we are not worthy 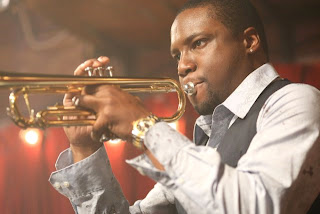 David Simon's new drama series, Treme, alights on post-Katrina New Orleans to find its inhabitants oddly preoccupied with the politics of cultural authenticity. There's a DJ played by Steve Zahn who rails against the corporatisation of the city's music; a bellicose college professor (John Goodman) who appears on TV and calls into radio stations to disabuse them of their preconceived "narratives" about the city; there's even a busker who tears a strip of the visiting church-members from Wisconsin who have turned up to lend a hand ("I bet you didn't even hear of the 9th quarter until the other week"). I have to say: that scene was where Simon lost me. It wasn't just the ingratitude of the busker, but the snarling mean-spiritedness with which the Wisconsin good samaritans were held up for ridicule. So they haven't hard of the 9th quarter until they saw it in the news: so what? Most people have never heard of half of the disaster areas that spring into the public consciousness: does that mean their attempts to help out are to be slapped down? In Simon's New Orleans, nobody can help unless they first understand New Orleans, and the only people who can understand are New Orleaners, and most of them only by constant self-purifying meditation on their irreducible New Orleanishness and its imperviousness to outsiders. Really? The immediate aftermath of Hurricane Katrina and everyone's obsessing about the postmodern precariousness of cultural identity? Wouldn't they be more preoccupied with, you know, the level-five hurricane that had just decimated their city? Simon seems entirely turned in on himself — dramatising the self-conscious rite of passage by which outsiders like himself might give themselves permission to dare to dramatise the city. He treats the ninth quarter with the reverence usually accorded Auschwitz-Birkenau. The show is both self-conscious and snobbish in the manner of tourists who condescend to other tourists. It's enough to make you paranoid: do I measure up? Am I watching it for the right reasons? Am I pronouncing it right? I'm definitely tuning it for the wrong reasons. I'm watching it for some glimmer of the outstanding dramatist who constructed the first four seasons of The Wire. So far he doesn't seem to have shown up.