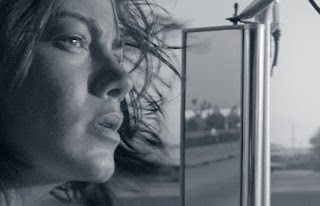 At the 12th annual Ebertfest the other week — a film festival organised by the estimable American film critic, Roger Ebert, of 'two thumbs up' fame — the host was in fine form. “If I were in charge of things, and I think we all agree I certainly should be, people would have a better time at the movies,” Ebert told the assembled crowd during an audience q & a. “And they’d go see more movies and they wouldn’t be sucked in by gimmicks like 3-D. And a film like ‘Trucker’ would be playing in their town. And the whole world would be like Ebertfest.”

It's a comment often voiced by critics, particularly as we head into the thickets of blockbuster season, during which time it is customary for intelligent cinemagoers to lament the obnoxious monopoloy of big-budget special-effect extravanzas, and lament the neglect paid to small indie movies like Trucker. Like many pieties, it's doesn't bear too much investigation. Martin Amis once wrote a short story called 'Career Move' which imagined a world in which poets and screenplays writers had swapped places: while the screenplays writers huddled in their garrets, collecting rejection slips for tremulous masterpieces like Offensive from Quasar 13, the poets swanked around town taking meetings with overpaid executives about their megablockbusters, like 'Tis He Whose Yesterevening's High Disdain.

Joe calls, and he's like, "We really think 'Sonnet's going to work, Luke. Jeff thinks so, too. Jeff's just come in. Jeff? It's Luke. Do you want to say something to him? Luke. Luke, Jeff's coming over. He wants to say something about 'Sonnet.'"

"Luke?" said Jeff. "Jeff. Luke? You're a very talented writer. It's great to be working on 'Sonnet' with you. Here's Joe."

"So what are we going to be talking about?" said Luke. "Roughly."

"On 'Sonnet'? Well, the only thing we have a problem on 'Sonnet' with, Luke, so far as I can see, anyway, and I know Jeff agrees with me on this--right, Jeff ?--and so does Jim, incidentally, Luke," said Joe, "is the form."

Luke hesitated. Then he said, "You mean the form 'Sonnet's written in."

As the story made clear, it little mattered which form our culture decided to deify or disparage: there would still be an equal amount of deification and disparagement in the universe. Take Ebert's hypothetical world — let's call it Ebertworld — in which small indie movies like Trucker were crowned king, and filmmakers like Jon Favreau and James Cameron who are exiled to the arthouse. Does anyone seriously imagine that we would be any happier? Then it would be the ceaseless parade of 'gritty,' 'edgy' and 'unflinching' elegies to the death of the American dream, that would induce groans at the multiplex. "Not another sequel to In The Bedroom!" we would cry. "No way am I seeing Wrestler IV: The Ayatolla Lives!" Fed up with sitting supine in front of the latest $100-million-dollar method-acting meltdown involving Sissy Spacek, Halle Berry and an intravenous drip, we would slip away to guiltily seek out James Cameron's latest Chekhovian chamberpiece about vaguely blue-ish people, the blue paint having run out half-way during shooting in order to pay for the red-and-green cellophane glasses after Cameron's credit card maxed out.

Or maybe not. Maybe things are fine just as they are.