Some thoughts on healthcare 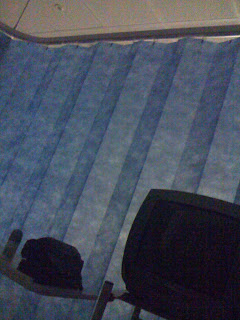 I recently had kidney-related reasons to sample the best and worst of what the American / British systems of healthcare have to offer. My conclusions are as follows: the British system is a bit like being dressed by Snow's White's tweeting bluebirds, the American system more like waking up in the middle of a five-lane highway.
I exaggerate, of course, but that's healthcare for you: help takes on an almost sacred dimension when you are in genuine need of it. I recently came off the plane at Heathrow with swollen ankles and within a few hours was checked into the ER, moved to a hospital bed, where I stayed for three nights, and from there moved to a renowned kidney specialist unit, where I received expert care for the next two weeks, leaving with as many medications as I could stuff into my suitcase. All for nothing. Free. Gratis. Paid for by the tax-payer dollars which here would have paid for the tiling on the tailfin of a single Patriot missile.
The only cloud on the horizon was what I was going to do when I returned to the US. Would my wife's insurance cover me? She'd just started a new job: would they exclude my kidney disease as a pre-existing condition? I began to wonder whether I would even be able to return at all, without being bankrupted by the medical bills. Eventually we found out that for the next few months at least, the bills would be covered, but it was not easy getting to see a specialist; after a round of calling, precisely zero called back. After much faxing, petitioning, auditioning and tap-dancing, we finally convinced one of these mythological creatures to take a look at me, but the fact remains: If I had not been married, and if my wife had not had a job, I would have been unable to return to the US, period.

As my old editor Andrew Neil argues in this week's Daily Beast:

The NHS is regularly dismissed by U.S. critics of American reform as "socialized medicine." This is strange to trans-Atlantic ears. Most Brits don't think there's anything "socialist" about the NHS—it enjoys all-party support, including all right-of-center parties. The British Conservatives, who gave the world privatization under Margaret Thatcher, are totally committed to a national health service, tax-funded and free at the point of use (and Mrs. T never challenged these principles either). The parties disagree about how to run it—the Conservatives and the Blairites want less central control, more patient choice, less bureaucratic distribution of resources—but all are agreed on the basic principle behind it.

And that's not just true of Britain. The fact is that all mainstream right-of-center parties across continental Europe regard some kind of national health service covering everybody and largely free at the point of use as not particularly "socialist." There is broad consensus on the left, right and center about this. Most people don't think of it as socialized medicine—just a key feature of a modern, rich, civilized society. When you try to explain this to those opposing a health-care overhaul in America, either they don't believe you or think you're making it up. It is striking just how far apart America's Republicans (and anti-reform Blue Dog Democrats) are from what should be their natural European allies, like the British Conservatives, the French Gaullists, and the German Christian Democrats on this issue.

The fact is health care on both sides of the Atlantic is rationed: in Britain, it is rationed by queue (though with the billions of pounds thrown at the NHS in recent years the queues are diminishing) and in America by price (no health insurance, no right to health care). Americans might like to ponder that it is better to be in a queue for health care that not qualify for any at all—which is the plight of those 47 million Americans who have no health insurance.

In England, Ive seen a sister treated for cancer, a grandfather receive a hip replacement, a mother hospitalized with a slipped disc. Ive been treated for a corneal ulcer and kidney sclerosis. And I can't remember anyone having to wait for any of it. I didn't once encounter a bureaucrat or feel the government inserting itself between me and my doctor. In America, however, I spent a full year trying to get reimbursing for my medical expenses by a company whose primary purpose in life, it seemed, was to give a no answer. By the end of that year, I had both my medical expenses and my insurance costs. One was bad enough but both? And yet this is the system that has Republicans beaming with pride — what they call "the best healthcare system in the world". Everything else is "socialism." They remind me of Plato's cave-dwellers, convinced that nothing lies outside their cave, openly mocking all this hearsay about "sunlight" and so-called "fresh air."