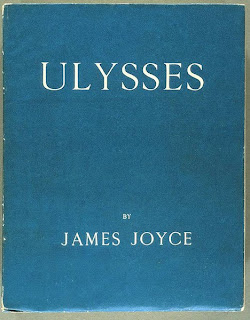 “When access is easy, we tend to favor the short, the sweet, and the bitty. When access is difficult, we tend to look for large-scale productions, extravaganzas, and masterpieces,” writes Cowen. “The current trend—as it has been running for decades—is that a lot of our culture is coming in shorter and smaller bits.” Think 30-second YouTube clips instead of a full movie, iTunes singles instead of complete albums, two paragraph blog posts instead of an entire essay. And now the 140-character limit on Twitter instead of a blog-style free-form text box.

From Ben Casnocha's review of Tyler's Cowen's Create Your Own Economy.
I'm with the attention gnats on this one. It's a very rare masterpiece that I haven't failed to enjoy. I didn't like Ulysses, was terribly let down by Citizen Kane, couldn't understand the fuss over Raging Bull, and not only do I not get 2001: a Space Odyssey but suspect there is not much there to get. I'm sure some of this is simply a reaction against hype: few works of art can survive being acclaimed as a mind-shattering aesthetic event. I'm a chronic anticipator. No sooner has something been proclaimed a masterpiece than I start wondering if I'm going to like it, or be one the dunces who doesn't get it, and laughed out of school. What book or movie or album could possibly survive that anxiety load without at least a slight dip of disappointment?
As time has gone on, and I've gotten more secure in my judgments, another explanation has come to the fore. There is something intirinsic to the masterpiece that I don't like. Something about its masterpieceness. It's the aspiration I think, whether fulfilled or not. Few things are as unattractive as ambition. I tend to prefer "craftsmanlike" or "good" over "masterpiece" and "excellent." I prefer Revolver to Sgt Pepper, Touch of Evil to Citizen Kane, Portrait of the Artist to Ulysses, Mean Streets to Raging Bull, Strangers on a Train to Vertigo. Who wouldn't? Strangers on a train does all the things people go to Hitchock for — the suspence, the plot, the glints of dark humor — whereas the thing that critics like about Vertigo, one suspects, are that it doesn't contain any of those things: the plot's a mess, the suspense sags, and there are virtually no jokes. The same with Ulysses: an anti-novel. So it gets acclaimed as Joyce's best novel. Or Citizen Kane: cinema's box of tricks turned inside out, so it gets to be as Welles's best film. Give me the solid little under-achievers, any day.