Why Dostoevsky would have loved OJ 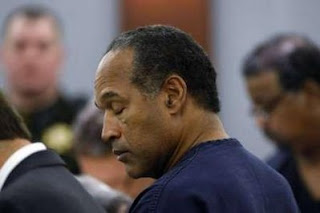 It's hard not to feel satisfaction over the recent sentencing of O J Simpson for armed robbery. Not because it shows us the power of the law — the whole thing has the air of getting Al Caopone in income tax evasion ‚— but because it shows us the opposite: what happens when bad deeds go unpunished. You want to know what the life of someone who gets away with double homicide looks like? It looks like Simpson's, which is to say, a slow but steady descent into bad business deals thuggery, and theft. Dostoevesky would have loved OJ for the evidence he provides of a moral law at work which surpasses our man-made legal one. Torturers suffer similar fates, although not, as far as I can see, those who perform or undergo abortions — as good an argument as any that the pro-life argument is essentially man-made. I have yet to meet anyone who has had an abortion whose life has gone off the rails in similar fashion. Sadness, grief, regret maybe, but nothing of the miserable, misbegotten quality of someone who has 'gotten away with' murder.