Why Obama is going to win 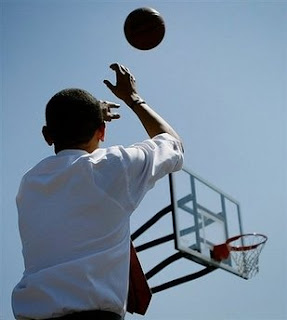 Yeah I know the polls are lurching, and Hurricane Sarah is on the rampage, but consider this. If people vote for McCain and the economy carries on tanking, there's no-one for voters to blame except themselves. They won't be able to point to McCain's platform and say 'well you promised us this but what we got was that.' McCain is not even promising anything different, economically, from Bush. Obama, at the very least, is promising something different, whether or not you think he can deliver. If people vote for him, and things don't get better, the finger of blame has somewhere to go. Obama is going to win. QED.

I have another theory but it involves the health of the body politic and karma, which you don't hear much about on the political shows. But here goes: an Obama loss would demoralise half the nation and teach an entire generation that their efforts amount to nothing. A McCain loss would surprise nobody, least of all the Republicans, who would regroup, rethink their platform and come back another day. No healthy political system could produce result A (half the nation demoralised, a generation's hope snuffed out) over result B (no great surprise, no psychic wrench for anyone). An Obama loss would therefore constitute such a disruption in the Force as to cause butterflies the world over and drop to the ground, flapping their wings against the stony, unheeding soil. Therefore, Obama will win. QED.*

* My fiancee has just pointed out to be me that both these arguments amount to no more than 'If Obama loses, I will be very disappointed'. I disagree, and await an opportunity to broadcast these theories on any of the cable shows. I am free most afternoons except Tuesday.