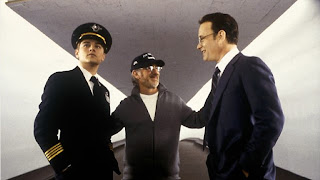 “When I can’t immediately define the character, and there’s an element of mystery to it and still a lot to be explored, that’s when I say yes,” the 36-year-old Mr. DiCaprio said in an interview last week on a patio at the Bel Air Hotel here. “I like those kinds of complicated characters. I just do.” Hollywood typically doesn’t like that answer. The star system may have become more subtle since the days of Clark Gable and Jimmy Stewart, but it’s still a system: American actors are supposed to be more steady persona, less shape shifter. “The apparatus likes to box actors up,” said Brian Grazer, a producer of “J. Edgar,” which is set for release on Wednesday. “Once they become successful in one role, get them into picture after picture where they can do exactly the same thing.” — The New York Times

Why is it that in any battle between a movie star keen to prove his "method" credentials and the wicked studios, who want to entrap him in the role of movie star, I always tend to side with the studios? Nobody likes stereotyping, and yet there is nothing dumb about the aggregate wisdom that seeks out the platonic essence of an actor — in Di Cario's case, a young man's sprezzatura combined with a Huck Finnish resourcefulness. I'm thinking of his diamond smuggler in Blood Diamond and his teen fugitive in Catch Me If You Can, a role which perhaps more than the caught Di Caprio's brand of fleet-footedness, which seems to carry him across the screen like the moving dot over karaoke lyrics. Such gifts, even if they tend towards lightness, are not to be taken lightly. On the contrary they place him in the rarest company — one thinks of the very best movers, Fred Astaire and Cary Grant, both of whom raised the art of ease onscreen to a state of unparalleled grace. But effortlessness has fallen into disfavor these days — we prefer performances that break sweat — so naturally, it's the performance Di Caprio most disdains. The story goes that after filming Catch Me If You Can the actor foreswore ever taking on another ingenue role, preferring the more strenuous acting work-outs he got with Martin Scorsese. I must confess I love di Caprio as an actor and yet his recent career makes me miserable, his performances tending towards the twitchy and self-hating — strangely solitary affairs, as most attempts to prove something to oneself generally are. He goes the distance, but he doesn't take the audience with him, seemingly caught in a permanent state of self-chastisement for not growing up faster. Which is probably why he hated working for Spielberg, hellbent in the opposite direction, but there is something Peter Pannish about Di Caprio. He plays younger than he appears, which mean these attempts to play older seem misbegotten — a cat stroked backwards. He was appropriately feral in Gangs of New York, seething with hidden hatred for Bill the Butcher, but the role turned him into a sneak, so Day-Lewis blew him away. He was simply miscast in The Aviator — too young for the role, and badly let down by his voice, which can never quite hide its high spirits, despite no end of growling on Di Caprio's part. (If he had Kiefer Sutherland's stentorian boom, he would have had an Oscar by now). For The Departed he dug deep into his character's drug-addled psychosis, as if he we were appearing in one of Scorsese's Paul-Schrader-era collaborations, in orbit around a single lost soul, but even Scorsese doesn't summon the tone, or the energy, for such descents any more and Di Caprio looked stranded, even faintly comic, as if he didn't realise there were other people in the movie: every time we cut back to him, he just seemed more bug-eyed and out of it. Maybe that's why his best performances have been playing solipsists, in both Shutter Island and Inception, whose shared preoccupation with fantasy and reality suggests that these mazy, inner-space refugees may turn out to be defining roles for him. One can't but worry about the state of the Di Caprio psyche these days. All those supermodels can't be good for the soul; Howard Hughes and J Edgar Hoover, taken together, suggest an attempt at some sort of self-diagnosis. I hope he's having fun.