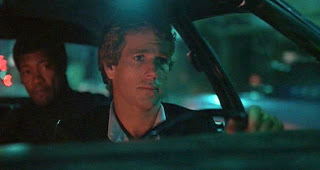 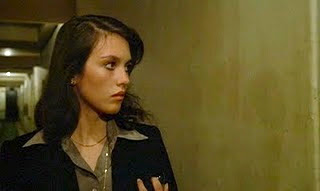 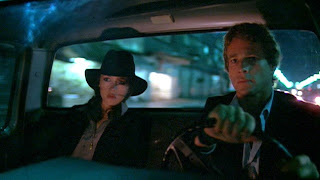 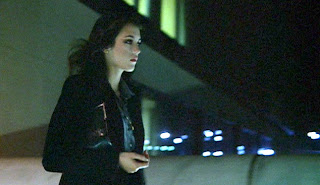 Maybe it's my heedless infatuation with Drive, Nicolas Winding Refn's touching ode to handbrake turns on a crowded intersction, or more probably just my unslakeable thirst for teenage kicks right through the night, but I've been on a run of car-chases recently — first with Robert de Niro and Natasha McElhone white-knuckling their Audi steering wheels in Ronin, and now sending the hub-caps flying with Ryan O'Neal and Isabelle Adjani in Walter Hill's The Driver. Okay so the jury is still out on whether O'Neal could play a tough anything, let alone a nameless getaway driver known only as The Driver — why don't these getaway dudes ever get names? Did they hit the gas at their own 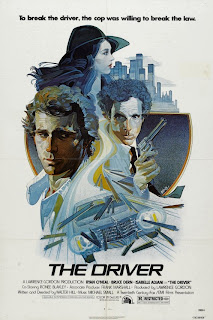 baptisms? — and Adjani disappears behind her porcelain doll impersonation, but if it's Adjani cavorting in a yashmak with Beatty and Hoffman in Ishtar, or Adjani reeling off Walter Hill's one-liners like a last minute entry to the Lauren Bacall face-off at the 1978 tough guy convention, I'll go with the Hill. The Driver has the splutter and kick of an engine flaring into life. It's badly cast, occasionally sounds like TV, and the hat Adjani wears in the final chase makes you want to shoot it off her head, but the chase sequences are things of rare, rangy beauty, the camera slung low to the ground, eating up the road in a fashion that so impressed the young Jim Cameron, who would rip off the fender-mounted camera work and parking-lot settings for The Terminator, six years later. And its nameless driver, Euro side-chick, minimalist backchat and neon-lit cinematography make it the clear progenitor for Refn's and Gosling's 2011 picture. (My favorite line? O'Neal's "Give up.") Why don't more people know about it? For all the nippiness of O'Neal's driving, The Driver got stuck in one of those unfortunate cul-de-sacs in film history — released a year after Star Wars it was cold-shouldered by a public more in the mood for x-wings giving chase to Death Stars than boring old cars, chasing other cars, but by comparison with the groundless bluster of today's fireball queens — the Bays and Scotts and Ratners of this world — Hill's direction is a masterclass in hard clarity.