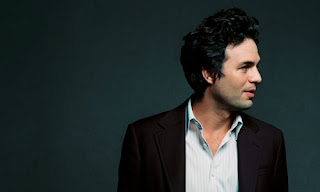 'Late for our brunch at the Bowery Hotel, Mark Ruffalo arrives amid a flurry of apologies. “I am so sorry,” he says. “So, so, sorry.”

“Don’t worry,” I say. “It’s always worse for the person being late.”

“Yeah because they’re the asshole,” he says and laughs.

That’s Ruffalo: the anti-asshole of American movies, the un-jerk, whose brand of mellow rebellion in films such as Eternal Sunshine of the Spotless Mind and You Can Count on Me has long set him apart from Hollywood’s power-drivers, career obsessives and uptightniks. Wherever Tom Cruise comes from in the moviemaking universe, Ruffalo comes from the opposite end: masculine without being macho, rough around the edges but boyish, the kind of guy you suspect of still having a skateboard or two in his closet, he exudes an air of rumpled amiability.

“I consider myself a journeyman actor,” he says. “If you want someone to serve the film, you don’t want too much bullshit. You want someone who’s committed, who is going to show up on time, who’s gonna be in your corner. When you need someone, I’m the guy.”'

—from my interview with Mark Ruffalo in The Guardian