The limits of manipulation 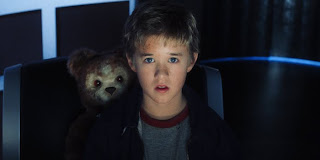 "If there is one recurring image that defines the cinema of Steven Spielberg, it is The Spielberg Face. Eyes open, staring in wordless wonder in a moment where time stands still. But above all, a child-like surrender in the act of watching, both theirs and ours. It’s as if their total submission to what they are seeing mirrors our own. The face tells us that a monumental event is happening; in doing so, it also tells us how we should feel. If Spielberg deserves to be called a master of audience manipulation, then this is his signature stroke. You can’t think of the most iconic moments in Spielberg’s cinema without The Spielberg Face." — The Spielberg Face, Fandor

Let's be clear about what we mean here. It doesn't mean that Spielberg has carte blanche to "tell the audience how we should feel", as Fandor puts it. It's easy enough to disprove this: if Spielberg cut from a shot aliens landing to the face of an aroused woman, or from a shot of Americans being shot to a close-up of President Roosevelt smiling, the audience would not follow suit. We would likely recoil. In other words, Spielberg cannot dictate which emotion the audience is to feel. He can only guess what emotion we are likely to be feeling anyway and then augment it. He can guess right or he can guess wrong. His reputation rests on the fact that 99% of the time he guesses right, but that does not alter the mutuality of the arrangement. He follows us as surely as we follow him. 'Manipulation' is a misnomer. His primary activity is play. And like all games, his films require mutual assent. His films are not soliloques but conversations.