To pee or not to pee 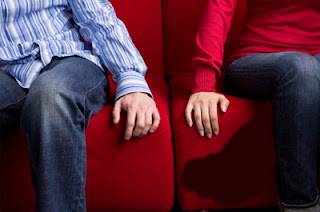 Here's a great idea: a website advising the public on the best time to go for a pee during a movie. Its called Runpee. As someone with a weak bladder and an unerring instinct for a dramatic lull, I was intrigued. For Star Trek they locate no fewer than six pee moments, which me as a little harsh. For Angels & Demons, RunPee advises a single dash at around the 70 minute mark when Hanks is in the archives and the power goes out. Amazingly, this is the only moment they recommend. One of the reliefs of that movie for me was I knew I could happily go anytime and not miss a thing. That said, I chose well and came back from the toilet to find Ewan McGregor a delivering a long speech about the unseen glories of the Catholic Church.

For Terminator Salvation, they advise two: one at the 50 minute mark, when Marcus cuts down the female pilot and another at around 75 minutes when he has almost had his leg blown off by a land mine and she helps him escape. Hard to disagree with those — there's a lot of agonised grimacing between the two of them which one takes to be evidence of a blooming romance — although Runpee also claim to have found two pee moments not only in the original Terminator but in Aliens. This is impossible: those movies are like bullets. Maybe that bit where Sarah Conner says, "I had a dream about dogs" but only in a real emergency.

If you want an overall rule of thumb: chose the 50 minute mark. You are, roughly, halfway through the movie. The first act is done. The action is beginning to let up. Maybe the director feels a theme coming on; the characters are gazing at one another, trying to figure they're all doing there and if there is a larger purpose to existence. The perfect time for a pee.