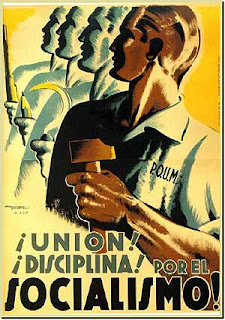 A new Rasmussen poll finds that while 53 per cent of Americans think “capitalism” is better than “socialism,” 20 per cent think socialism is better and 27 per cent aren’t sure which of the two is better. Few can fail to be delighted by this ascent of American politics into the realms of higher nonsense. It's not too hard to see what's happened here: the right have called Obama's programs socialist enough times that the word has come to mean "whatever it is Obama is doing"; and enough people like whatever it is Obama is doing, that socialism has been reclaimed to mean "the thing that 53% of the country voted for." Heaven.